When kids do things that just defy explanation, it's human nature to demand: WHAT WERE YOU THINKING!?!?! Funny thing is, in my 22 years in the field, I don't think I've ever heard a child answer this question to the satisfaction of the adult asking it.

While I understand the reason for asking- I have to say that I think it's a totally unfair question. When we ask, "Why did you do that?" or "What were you thinking?" we are setting our kids/students up for failure. Here we've gone and implied that there is a correct response to the question. As if they could say "Well, I hit my sister because she made me mad" and then you would say, "Oh, in that case... carry on!"

I'd like to suggest that asking unanswerable questions is a habit parents/caregivers should break. Instead, consider one of these responses when your children/students behave in a way that is just unbelievable:

Though these responses may never give us the satisfaction that comes from understanding the motive behind a child's behavior, they do promise a much better outcome in the long run. Many times, honestly, kids don't know why they do the things they do- so instead of dwelling on the excuse, let's help them work on a better way for next time. 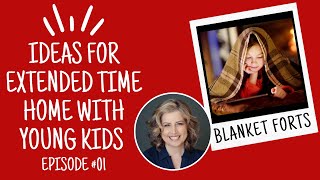 VIDEOS: Tips for Caring for Preschool Age Children for Extended Periods of Time

What Matters NOW In Children's Ministry